Often the lead guitarist will take the spotlight in a band. However, if you don't have rhythm, you don't have music. This article gives credit where its due and hails the workhorse of rock guitar. 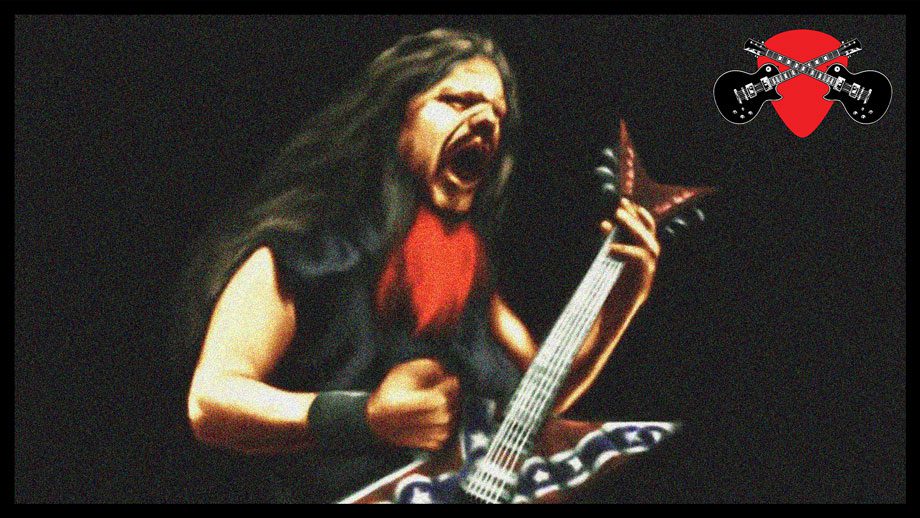 One day while reading ‘Guitar One’ I found a Dimebag Darrell interview, and he said something about rhythm guitar being the ‘teeth of the machine’.

I thought that was an excellent analogy and from then on devoted more time to focusing on that aspect of my playing.

In this article, I’ll give my perspective on the world of rhythm guitar.

My rhythm guitar journey from the start

If you’ve read other articles on my site you may have heard me say that, for a while, I shifted focus from lead to rhythm guitar when I was 20.

My reason came down to song writing. I had a band and wanted to write songs I’d like to hear; the problem was I’d never tried and always felt my writing efforts weren’t particularly good.

At this point, I could play along to my favourite bands i.e. Megadeth and Pantera, but would get stuck on the solo’s and spend a huge amount of time trying to bring them up to speed.

My technique was okay, and I had worked on it for a few years, but at that time there was a barrier I couldn’t get through.

One day I thought to myself “you can have a song without solos, but (in most cases) not solo’s without a song”. From that moment, I put my efforts into writing riffs and structuring songs.

Maybe it’s just me, but I always felt like the lead guy got all the glory and the rhythm player was almost an unsung hero.

When I first started listening to Metallica, Kirk Hammett was my hero. I loved the songs, but at that early stage I couldn’t define what was happening in the music. The songs just sounded cool, but when it came to the solos I was super impressed, and I gravitated to admiring the lead players.

Once Pantera came into my life the game changed. If you’re a fan then you’ll have heard the term ‘power groove’, and that’s what made rhythm rise to the surface in my case.

The combination of Dime, Vinnie, and Rex demolished like a steamroller, and listening to their music was more three-dimensional.

It’s hard to say with words, but the rhythm section became more important to me. Instead of being the Kirk Hammett fan, I became the James Hetfield fan.

Lead vs. rhythm guitar – it’s all one and the same

Most people consider rhythm guitar as playing chords and lead as playing solos. To some extent this is true, but the line becomes blurred at a point.

If you play a solo and have no idea of rhythm it’s not going to sound particularly good, you still need to keep time no matter what. A term exists called ‘rubarto’ which is playing with rhythmic freedom, and not all music completely adheres to the grid, but generally no matter what you do, without a sense of timing your playing won’t be very cohesive.

On the other hand, not all rhythm playing consists of strumming chords. There’s lots of music based around riffs using lead lines on the ‘fat strings’, and particularly the modern metal bands have lots of lead licks in their riffs.

The overall point to my rambling is a well-rounded guitarist shouldn’t focus on one thing at the expense of the other. It’s all one and the same, and elements from rhythm can enhance your lead playing and vice versa.

Thanks for coming along to Fretfury Guitar Lessons; it’s a pleasure as always.