Nothing gets the emotions racing like a killer guitar solo. There is however, a fine line between art and overkill. In this article, Jonny give his view on guitar's most talked about subject. 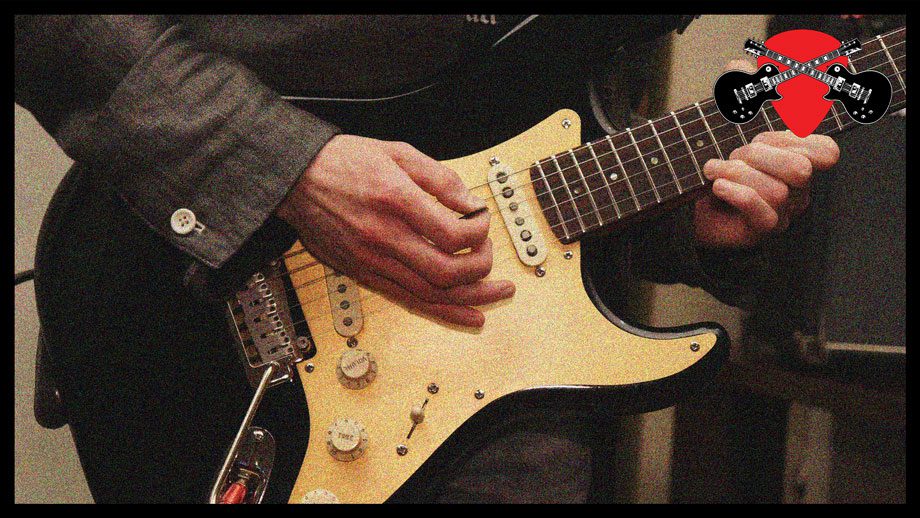 From Blues to Metal, Rock and Jazz, one common element runs through every genre of guitar-based music, letting the guitarist shine and giving them space to express and impress. The element I’m referring to is lead guitar.

Many times, the solo is the part of a song drawing the most attention when it comes time to impress the listener, and can range from the subtlest, most heartfelt melody a la David Gilmore, right through to the fast and ferocious shred licks of Yngwie Malmsteen.

Even before I started playing the guitar I always loved music. I don’t know why, but when I listened to music some kind of subconscious effect would envelop me. When I heard my favourite songs I had no idea what was going on with the music technically, it just sounded cool. However, what I did get and what stuck out most were guitar solos.

Right from the early days the licks and soloing of the lead guitarist inspired me to play, and though my focus from lead to rhythm shifted over the years, lead was the thing that initially turned guitar into an obsession.

As time has passed and I’ve learnt more about the guitar, I’ve realized there’s a blurred line somewhere between lead and rhythm. To play lead you need rhythm in order to keep time, and many guitar riffs (considered rhythm) also have lead elements; you just usually play these on the fat strings. However, we’re going to define lead guitar as melodies and solos.

The most common way of approaching this style is to play individual notes with a pick/plectrum using alternate, sweep, economy picking (combining both), or using the fingers of your picking hand to tap notes on the fret-board.

The near death of the guitar solo

Every generation has a new musical hero and movement evolve. The 90’s spawned grunge/alternative, and although Kurt Cobain didn’t create the genre, his band Nirvana thrust it into the mainstream. In my opinion, grunge started the death of the guitar solo for the era.

Even though players like Dimebag Darrell were flying the flag for lead guitar, grunge was too influential and created a generation of players who were not interested in guitar solos. Not long after this wave, heavy metal had an extreme, solo less make over when Korn released their self-titled debut.

Honestly, I’m a fan of both bands, and not all music should be about how technical you can play and how much you can show off. On the other hand, I love solos; they create an essential part of many brilliant songs and by not doing them you’re selling yourself short of another way to express yourself.

Luckily in the last decade or so lead guitarists have come back and hit hard, with many bands flaunting players of fearsome talent.

Too much of a good thing?

There is a saying ‘you can have too much of a good thing’, and I think throughout the history of popular music guitar solos have been that good thing on numerous occasions.

I love solos, and I could watch a good guitarist for hours. On the other hand, I’m not a fan of the big jack off solo session at live shows. You know the one I mean, where the guitarist has to fill a 10-15 minute spot with unnecessary shredding.

Obviously, I’m expressing my own opinion, but shredding for shredding’s sake is boring. The exception being jam/improvisation bands, but even then moderation should be enforced, and the lead guitar should serve the song. I don’t think the song should be used as a vessel to show off your skills; instead your skills should create the best possible song, and sometimes that means leaving solos out altogether.

To summarize my epic rant, if you’re learning guitar then don’t sell yourself short on learning lead guitar. You don’t have to be John Petrucci, but being able to at least pick melodies will open up a new dimension to your playing, ultimately making things more fun.

On the other hand, don’t get so obsessed with shredding and playing a million miles an hour that you forget the whole point of the song in the first place.

Thanks heaps for reading, and I hope you have gotten something out of this article.

I wish you all the best in your musical endeavors.