An Introduction to Guitar Chords

Understanding how chords work on guitar can be a tricky area to navigate. In this article, Jonny Mac gives a run down of the basic fundamentals of chord construction.

Home » Music Theory and Harmony » An Introduction to Guitar Chords 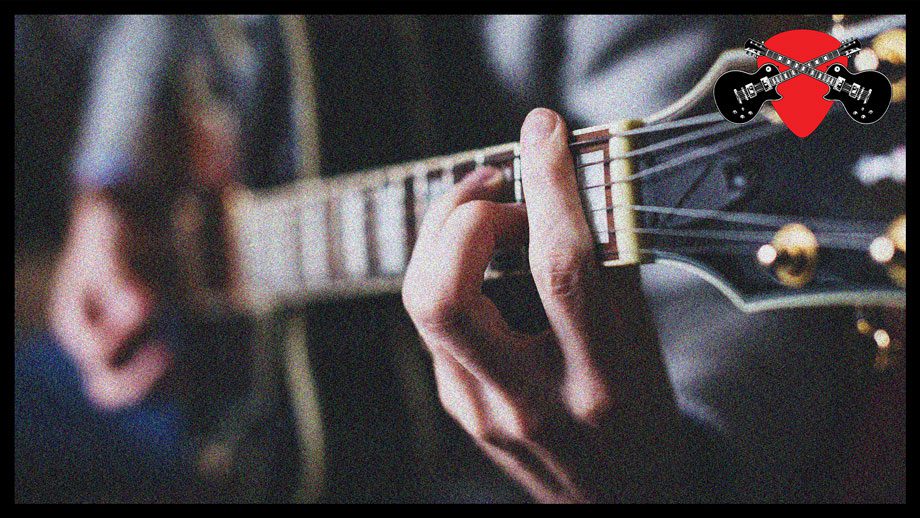 Whether you’re just starting or have been playing for some time, one topic you can’t avoid is guitar chords.

If you have read my article on guitar scales, then you’ll know I summarized them as a labyrinth of information to navigate.

Well, the subject of chords is no different.

Like almost all music theory, you can find yourself in an intensely overwhelming state of affairs, so with that in mind I’m going to explain the basic principles of chord construction using both major and minor chords as examples.

Note: Chords involve too much information for one article, so I have a category called ‘Rhythm Guitar And Chords’. Here, I’ll cover the subject in more detail.

In my ‘Guitar Scales – A Structural Framework’ article, I describe sound as a spectrum much like colour; I also explain western music divides this spectrum into 12 notes, thus creating the chromatic scale, and from there the first scale we use is the ‘major scale’ (Fig. 1).

If you look at Fig. 1, you’ll notice I’m using numbers instead of note names; these are scale degrees, and I’m using them to explain the concept of relationships.

One notes relationship (distance) to another determines everything in music.

Looking again at Fig.1, if I play notes 1 and 5 either together (harmonically), or in succession (melodically), I’m playing the interval of a ‘perfect fifth’ (Fig.2 and 3).

If you listen, you’ll notice a relationship (sound) between these two notes unique to the perfect fifth alone, and the same concept applies to all intervals whether I’m playing 1-3, 1-6 etc.

You can now understand and play a P5. We also call this a ‘power chord’, which I’m sure most of you have already heard that name.

However, a chord needs three or more notes, so technically when you play a power chord you’re playing an interval of a perfect fifth.

In order to create a real chord we must add another interval to our P5, and here the interval is the ‘third’ (Fig. 4). In this case, the third is major (more on this in another lesson), and when combined with our P5 we get a major triad (Fig. 5) and the core of all major chords.

The first note C is our ‘root note’, and so we have created a ‘C major triad’.

If you’re a beginner learning your basic guitar chords, you may wonder how these and triads relate.

If we look at our C major triad and compare it to the C major chord in the open position (Fig. 6), you’ll notice our triad creates the core of the chord, and the other notes are repeats of degrees 1 and 3.

Using the previous information we can play a C chord in different positions on the neck (Fig. 7, 8, 9 and 10), and as long as the only degrees involved are the 1, 3, and 5 from C major we’ll always have a C major chord.

We have now created an ‘A minor scale’ (also called Aeolian when talking about modes), and using our same 1-3-5 construction from before we’ll make an ‘A minor triad’ (Fig. 13).

If you look closely, the difference between the major and minor triads are the thirds; the minor triad has a third one semi-tone lower than the major (flat 3/minor third).

Listen closely and you’ll hear a distinct difference between them; the major triad is happy and the minor sad.

Note: A minor is the relative minor of C major. Every major key has a relative minor, and this minor scale always uses the same notes from its relative major starting from the 6th degree.

This is also called Aeolian when talking about modes.

Guitar chords in a key

I’ll cover keys in another lesson, but without going into too much detail, I’ll talk briefly about them.

If you can grasp the concepts so far, you understand we have created a chord from the 1 and 6 degrees of our C major scale.

Using that knowledge I want you to build triads off the other five degrees.

They will either be major or minor except for the chord built from the seventh degree.

Because we can only use the notes from C major, the fifth degree of the seventh chord is a semi-tone lower thus creating an interval of a ‘diminished fifth’.

The result of the diminished fifth is a chord called a ‘diminished chord’; in this case B diminished.

If you can do this exercise, you’ve just created guitar chords for the key of C major.

To help understand the key concept, use the diagram ‘Fig. 19’ to visualize the triads built from each degree of the C major scale.

I understand I’ve bombarded you with information, and you may not have understood it all in one go. When I was learning this stuff, I found the key was to read and re-read over and over until it clicked.

I know there’s a lot to learn, but if you have a true desire to learn about music I’m sure you’ll persevere and succeed.

As always, I hope I have helped in some way, and I’m excited to have you here at Fretfury Guitar Lessons.